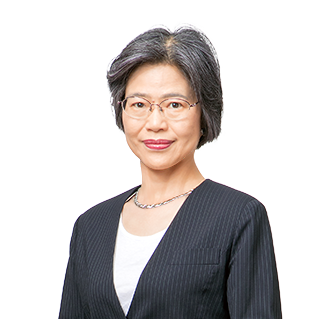 (Not admitted to the bar)

Ms. Unotoro graduated from the Faculty of Economics of the University of Tokyo in 1977.
She joined the Japan Fair Trade Commission in 1977. Prior to her retirement from the organization in 2012 as Director General of the Economic Affairs Bureau, she was involved in various investigations and hearings of cases of violations of the Antimonopoly Act, reviews of mergers and acquisitions, and enforcement of the Subcontract Act and the Premiums and Representations Act. She was also in charge of the amendments of the Antimonopoly Act, issuance of guidelines, fact-finding surveys of economic conditions, negotiations for the conclusion of cooperation agreements with the United States and the European Union, and the like.
Ms. Unotoro has been serving as a part-time lecturer of the Graduate School of Senshu University since 2000 and a professor of the Faculty of Business Administration of Toyo Gakuen University since 2013. She was also a part-time lecturer of the College of Law and Politics of the Rikkyo University in 2005.

1977
Graduated from the University of Tokyo, Faculty of Economics

2016.03
Industrial Organization and Role of Government : Observations on Number of Companies

2006.01.31
Guidebook on Practices Relating to the Antimonopoly Act

2016.09
Risk of Surcharge under the Act Amending the Act Against Unjustifiable Premiums and Misleading Representations, and Practical Responses Thereto: As Explained by a Drafter of the Act Based on Trends After It Came into Effect