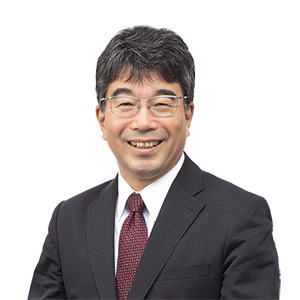 Mr. Shigetoshi Hirano has been practicing law in a variety of fields since 1989. After he was dispatched by the firm to study in the University of Pennsylvania in 1993, he has specialized in intellectual property (IP) disputes representing Japanese and other foreign clients in Japanese courts and arbitration, as well as drafting licensing and franchising agreements. Mr. Hirano also has extensive experience in entertainment law, which is a combined field of copyright, trademark and intellectual property creation, and is derived from IP. In addition to his IP practice, Mr. Hirano has been involved in business transactions and international disputes between Japanese parties and foreign parties in the U.S., E.U, China, Korea, Middle East and many other countries. Mr. Hirano has also worked on many joint venture projects, which has helped clients expand their businesses into new territories. On several occasions, Mr. Hirano has assisted Japanese clients in the closure of their subsidiaries to restructure their chain of supply. Mr. Hirano believes lawyers should have broad experience and knowledge in order to lead their clients to fair and reasonable results, which is why he has tried to obtain a variety of experience, including learning about different cultures. In addition to his legal practice, Mr. Hirano has been teaching Intellectual Property Law at Kyoto University Law School for the past 10 years and has been elected to important bar association positions, including as Vice President of the Osaka Bar Association.

2016-
Chairman, Cooperation Center for the Development of the Legal Profession and Operation of Law Schools, Osaka Bar Association

2010
Chairman, Committee for the Business of the “Japan Intellectual Property Arbitration Center”

2004-2005
Chairman, Committee on the Rights of the Child, Osaka Bar Association

2004-2005
Chairman, Committee on the Rights of the Child, Kinki Federation of Bar Associations

2002
Lecturer, Seminar to Support the Development of the Legal System of Laos

2000
Lecturer, Seminar to Support the Development of the Legal System of Vietnam

2017.06.27
Liability for Damages from Automated Vehicle Accidents in Japan

2015.04
Handbook on Joint Research and Development Agreements — Practices and Sample Provisions in Japanese and English

2015.03
Items that may be Reproduced by Book Scanning Services and the Scope Permitted under Article 30 of the Law—Decision of the IP High Court on October 22, 2014

2011.10
Latest Court Precedents on Intellectual Property: - Focusing on court precedents without commentaries yet – in commemoration of the 60th birthday of Shunji Miyama, Esq., and Nobuo Matsumura, Esq.

2010.10
Philippines – Republic of the Philippines

2010.10
Intellectual Property Systems in Asian Countries – in commemoration of the 70th birthday of Kazunori Yamagami, Esq.

2009.10.01
Exclusive License Agreement and Its Termination

2008.04
Liability of Patent Owner who Sought Provisional Disposition under a Patent that Subsequently Became Invalid

2003.07.01
Current Status and Prospects of Enforcement of Intellectual Property Rights in Asian Countries

2003.03.01
Symposium: Current Status and Issues in the IP Legal System and its Enforcement in Asian Countries

2003.02
An Easy-to-Understand Approach to the Companies Act

2002.04.01
Imitation of Product Forms under the Unfair Competition Prevention Law

2017.02
From the Basics: Legal Practices on Trademark Rights and Copyright

2017.01
License Agreements and the Antitrust Law

2015.10
Technology and Law: Risk Avoidance and Creation of Opportunities

2012.11
Outline of Dispute Resolution by Mediation of the Japan Intellectual Property Arbitration Center and the Procedures thereof: Points and Forms based on Case Samples

2012.10
Case Samples of Leakage of Trade Secrets and Prevention Measures

2012.02
Recent Trends in Patent Litigation: Has the Court Shifted To Being Pro-Patent?

2011.12
Legal Measures for the Management of Information including Customer Information

2005.02
Foreign Investment in the Form of the Establishment of Corporations and the Practices thereof

2004.04
Recent Court Precedents and Practical Measures on the Remuneration of Inventions

2004.02
Role of the Lawyer and the Patent Agent in Conflict Over Intellectual Property Rights

2004.01
What are Intellectual Property Rights?