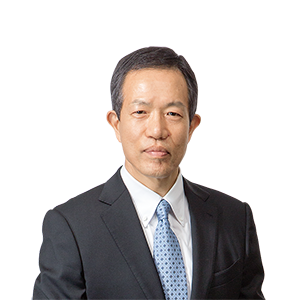 Shiro Kuniya has been highly acclaimed;

Ranked among Nikkei Business Journal’s top ten most highly regarded lawyers in Japan in the areas of “Corporate and M&A” and “International Transaction and Dispute Resolution”.

Listed as leading individuals in “Corporate and M&A” section, the Asia Pacific Legal 500 (since 2009).

September 2019 - present
Chairman of Board of Committees on International Affairs and Strategies, Japan Federation of Bar Associations

June 2009 - present
Member of the Board, The Japan Commercial Arbitration Association

June 2016 - June 2022
Member of the Board, Takeda Pharmaceutical Company Limited

April 2011 - present
Member of the Board, Japan Century Symphony Orchestra

2013.08
Breach of Obligation to Provide Information in the Negotiation of Business Alliance Agreement and Available Remedies

1998.07
Copyright for Music and Audio-Visual

1997.05
Service of Process in International Litigations

1997.01
Japanese Laws and Practice of Anti-Dumping

1996.11
Bankruptcy and Protection of Licensee - Termination of Executory Contract

1996.03
Japanese Laws and Practice of Anti-Dumping

1995.01
Conduct of Arbitration by the Japan Commercial Arbitration Association - A Practical Guide

2021.06.05
Symposium "How Did and Will the Judiciary Overcome the Covid-19 Crisis?" - The role of IT in the civil judicial system during emergencies -

2019.04.12
【Tokyo】Choice of Arbitration Rules and Drafting Arbitration Clauses in light of the Amendment of the Japan Commercial Arbitration Association (JCAA) Rules

2018.07.19
Crisis Management and Compliance Measures -- Based on the Latest Practices of an American Law Firm

2016.06
Japanese Lawyer and International Cooperation in legal system in Asia

2015.09.17
Use of Arbitration Proceedings for the Claims against Chinese Companies

2012
Globalization and Innovation of Small and Medium Enterprise

2002
Globalization of Corporate and Financial Legal System and Legal Services

2001
Corporate Risk Management and Role of Legal Department, with Analysis of Recent Cases including Yukijirushi and Bridgestone Firestone Cases

2000
Corporate Auditor System in Japan, Compared with Legal Systems in the U.S., U.K. and Germany

1998
Corporate Ethics & Governance, Reform of Board of Directors System

1997
Business Investment in the U.S. and Dispute Resolution

1996
ADR in the Emerging Economies and Japan

1994
Legal Practice and Opportunities in Japan under the New Regime, GATT and Transborder Legal Practice, the New Rules for International Lawyers

1989
Japan-US Trade and Investment: Strategies for the 1990's Protecting American Technology Transferred to Japan, Including Patent, Trademark and Licensing Issues

Ranked among the Best Performing Lawyers 2017 (as selected by companies and overall (by both companies and lawyers)) in the International Disputes and Litigation category of the 13th "Corporate Legal Affairs and Lawyer Survey" by Nikkei, Inc.

Listed as leading individuals in the "Corporate and M&A" section, the Asia Pacific Legal 500, 2009 - Present

Listed several times since 2000 as "The Ten Best Lawyers in Japan Selected by Listed Companies" in the categories of "Corporate Law, M&A" and "Cross-Border Transactions and Dispute Resolution" (Nikkei Business)