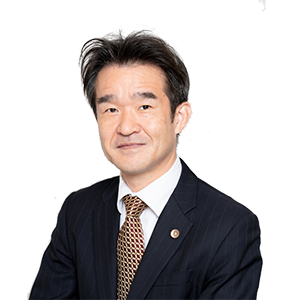 Working Group member for the development of teaching materials in English on management strategy exploiting intellectual property, commissioned by the Japan Patent Office (2015 to 2017).

Project team member regarding “Research for advanced regulations of Electronic Commerce in Economic Partnership Agreements (EPAs)”, commissioned by the Ministry of Economy, Trade and Industry (October 2014 to February 2015).

Deputy Chairman, Working Group regarding “Research and Study on FTA/EPA negotiation strategies of Canada, New Zealand, Columbia and Turkey in the field of Intellectual Property”, commissioned by the the Japan Patent Office (June 2012 to February 2013) .

2021.03.31
Protection of Geographical Indications under the TPP and Japan-EU Economic Partnership Agreement (EPA)

2021.03.26
Selected Intellectual Property Issues under the TPP and Japan-EU EPA

2017.05
JAPAN Section/Protection and Disclosure of Trade Secrets and Know-How

2015.04
The Existence of a “Dispute” and the Prima Facie Test for a Tribunal to Have Jurisdiction

2014.05
Document Production Procedure and the Scope of Privilege in Investment Treaty Arbitration

2012.12
Indirect Expropriation, Fair and Equitable Treatment Obligations, and Valuation Standards and Methods of Damages under CAFTA

2016.11.15
Impact of the Trans-Pacific Partnership Agreement (TPP) on Areas of Intellectual Property

2014.06
Negotiations regarding Intellectual Property in the Trans-Pacific Partnership (TPP)

2014.02
Innovation in Countries in Economic Partnerships as well as the Current Situation and the Prospects for IP Systems