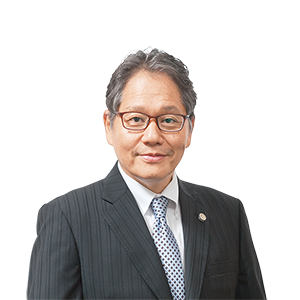 Teppei Mogi is the firm’s partner in charge of international business law and international dispute resolution. He has been providing legal advice on various distribution agreements, licensing agreements, joint venture agreements, M&A agreements, infrastructure project agreements and other agreements relating to international transactions for the nearly 30 years. He has represented both Japanese and foreign clients, among others, in the areas of construction, plant engineering, energy, pharmaceuticals and machinery.

His work has recently been focused on the resolution of international business disputes, including arbitration and mediation. He has represeted clients in a number of international arbitration cases (including JCAA, ICC, AAA, SIAC and LCIA cases). He is also active as arbitrators. He is listed in JCAA and SHIAC.

Before he was qualified as a Japanese attorney, he worked with a large trading house and was involved in large infrastructure projects from business side. With that background, he has contributed to the resolution of many disputes in the field of international construction with a sense of business. He contributed in the Japanese chapter of “Getting the Deal Through – Construction” for the years 2009 and 2010.

Teppei Mogi’s practice areas include competition law. He has been assisting clients in major international cartel investigation cases and related civil actions in various jurisdictions. As he studied and practiced in Belgium and in the Netherlands for two years, he has pretty good knowledge and experience in the laws of the European competition laws.

Teppei Mogi is also active in pro-bono activities in partular in the field of human rights of foreigners. 2012 - 2014, he served as the director of the Foreigners’ Human Rights Division of the Human Rights Protection Committee of the Japan Federation of Bar Associations.

2020.10.08
【Online Seminar】Comparison of the Latest Arbitration Rules of ICC, JCAA and SIAC, as well as the Points to Note in Practice

2019.04.19
【Osaka】Choice of Arbitration Rules and Drafting Arbitration Clauses in light of the Amendment of the Japan Commercial Arbitration Association (JCAA) Rules

2017.09.20
Use of International Arbitrations - Learning from Experiences Arbitrating at the SIMC

2015.05
Legal Matters that Should be Considered when Expanding a Business into the Brazilian Market - Up-and-coming Consumer Market