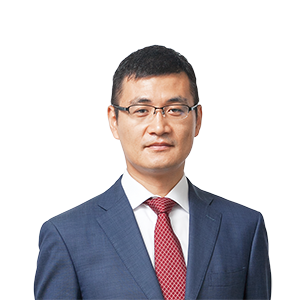 Mr. Mure has an expertise in complicated and wide-ranging employment laws and regulations, and provides consulting services on personnel and employment issues to client-companies in all industries and of all sizes.
Mr. Mure has represented clients in various court proceedings such as litigation, provisional disposition proceedings and labor dispute adjudication proceedings, as well as proceedings before the Labor Relations Commission including claims seeking an order for relief.
Mr. Mure is also very experienced in providing services in highly unique and specialized areas of employment law, and have accumulated the needed knowhow relevant thereto, such as collective bargaining with non-company based unions, investigations by the Labor Standards Office (such as an investigation for unpaid overtime or application for approval as an industrial accident), mediation before the prefectural labor bureau, and pension plans.
Mr. Mure has been admitted to the New York bar after completing post-graduate studies in the United States, and can provide legal services in English. He has a wealth of experience in handling global employment issues, and provides legal services to foreign-affiliated companies developing their business in Japan as well as Japanese companies who want to develop their business globally.

2019.12.20
Journal of management Lawyers Council No. 203 "Report of the 11th Conference for the Yearly Review of Important Court Decisions"

2018.04
Anti-Monopoly Law Issues that HR Persons Should Note – Prompted by the Study of U.S. and Japanese Competition Authorities

2017.12.18
The Latest Movement on Maternity Harassment

2018.08.30
【Nagoya】Practical Measures in Light of the Supreme Court Decisions in the Nagasawa Unyu Case and Hamakyorex Case -- Specific Steps for Reviewing and Amending Wage Systems and Allowances

2018.08.07
【Tokyo】Practical Measures in Light of the Supreme Court Decisions in the Nagasawa Unyu Case and Hamakyorex Case -- Specific Steps for Reviewing and Amending Wage Systems and Allowances

2018.07.23
【Osaka】Practical Measures in Light of the Supreme Court Decisions in the Nagasawa Unyu Case and Hamakyorex Case -- Specific Steps for Reviewing and Amending Wage Systems and Allowances

2017.10.20
Business in the United States - Comparison of Key Points in Employment Laws of Various States

2017.09.08
The latest practices in handling workplace harassment such as "maternity harassment," and a commentary on examples thereof

2016.07
The Legal and Practical Issues and the Recent Trial Cases relating to the Article 20 of the Labor Contract Act

2016.02
The Measurement and Adjustment to the Revised Worker Dispatching Act

2015.08
the Basic knowledge and the practical points on the management of working hour and overtime payment

2015.03
the Consideration about mental illness and checking stress

2015.02
the Consideration about the Act for Dispatched Workers

2014.04
The Recent Disputes and Legal Issues relating to Secondment, Reassignment and Transfer of Employees

2014.02
The Legal Issues relating to How to Deal with Employees having Mental Illness

2012.04
The Analysis on the whistle-blowing system from the perspective of employment law

2012.01
Seminar on the practice of collective bargaining for the case plural unions exist